In 1968, Bill Braum opened the first Braum's Ice Cream and Dairy Store...but the Braum story actually begins long before that time, spanning three generations with over six decades of history behind it. It began in the State of Kansas in 1933. Bill Braum was in grade school when he began his career by helping his father, Henry H. Braum, with the family business, a small butter and milk processing plant in Emporia, Kansas. Seven years later ice cream processing was added to the operation. Bill Braum worked through high school with his father and after receiving a degree in Business Administration from the University of Kansas in 1949, he came back to Emporia to take a more active role in the family business. Henry Braum sold the wholesale part of the business in 1952 and began specializing in ice cream, developing a chain of retail ice cream stores in Kansas called "Peter Pan." In 1957 he purchased the company from his father. The company had approximately 61 retail stores, when in 1967, a large wholesaler bought the "Peter Pan" chain of retail stores (excluding the Braum dairy herd and processing plant) As a condition of the sale, the Braum's would not be allowed to sell ice cream in the State of Kansas for ten years. In 1968, Bill and his wife Mary, started a new chain of retail stores in Oklahoma called BRAUM'S ICE CREAM AND DAIRY STORES. That first year, twenty-four stores were opened in Oklahoma. Because the Braum dairy herd and processing plant were still located in Emporia, Kansas, the ice cream, dairy products and other supplies had to be transported daily from Emporia, Kansas to Oklahoma. For three years, Braum's stores were serviced from the plant in Emporia until a new processing plant was built in Oklahoma City in 1971. In 1975, the Braum dairy herd was moved from Emporia to its new home located in Tuttle, Oklahoma. Today, Braum's owns seven farms and ranches, totaling over 40,000 acres (62 square miles) of some of the best farm and ranch land in America! Each plays its own unique role in the Braum operation from housing the Braum cows, to growing the alfalfa hay to feed the dairy herd. Braum's bakery was built in Oklahoma City in 1978. This facility now produces the fresh bakery items available in the Braum's stores including cookies, cones, buns, breads and much more. As the company grew, the need for a bigger processing plant became evident. In 1987, Braum's construction crews built a 260,000 square foot, state-of-the-art processing plant on the Braum farm in Tuttle. Located only minutes from the milking operation, this plant enables Braum's to consistently control the freshness, purity and quality of their products. In 1993, Braum's construction crews built a new milking complex on the Tuttle farm. This complex consists of 17 freestall barns (over 35 acres) that house the milking herd and a milking parlor, which is the largest of its kind in the world! Three times a day, twenty-four hours a day, seven days a week, Braum's is milking 10,000 cows! Today, Braum's is still the only major ice cream maker in the country that milks its own cows. Braum's is unique in the dairy industry because it is vertically integrated. Braum's "cuts out the middleman" by owning its dairy herd, farms and ranches, processing plant, bakery, retail stores and delivery trucks. Braum's can offer its customers the highest quality products at the lowest possible prices. Today, there are over 280 Braum's Ice Cream and Dairy Stores throughout Oklahoma, Kansas, Texas, Missouri and Arkansas. The company remains family owned and operated.

Braum's is a great place to work... We employ thousands of people just like you in our nearly 300 company-owned Ice Cream and Dairy Stores. With all of these employment opportunities we are able to offer a variety of schedules convenient for our employees. The Braum's store includes everyone from retirees to high school students.

Excelling all others, unsurpassed, supreme, superb? Whatever your definition is for the best, we strive to excel. Whether you’re shopping for the very best milk or ice cream that you can buy, or you’ve stopped in for a Braum’s old fashioned hamburger or real ice cream shake, you can be assured that we’ve been working to provide you with the very best products and the very best value in your purchases. You would expect us to use only the finest ingredients in producing Braum’s products… and we do. Real fruits and nuts, real vanilla, the finest cocoa, live yogurt culture, whatever the consideration, we focus on only the best. 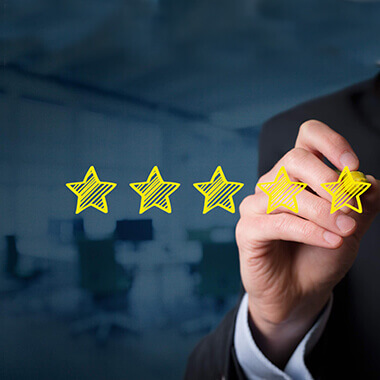